Used car website Trusted Dealers has called for greater awareness of the dangers and financial implications of 'clocking' following a meeting with the Parliamentary Under Secretary of State for Transport, Andrew Jones MP.

Trusted Dealers – which is partly owned by the National Franchised Dealers Association (NFDA) – used the meeting as an opportunity to discuss issues affecting the motoring industry including mileage fraud, which Jones acknowledged to be an area of immediate concern.

Mileage fraud, or clocking, is the process of lowering a car's odometer so that it gives a lower mileage reading, in turn boosting its resale value. 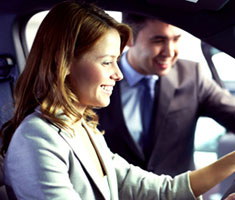 A Car Dealer Magazine article explains that although selling a clocked car is classed as motor fraud, it is currently not against the law to adjust the odometer. It is predicted that there are up to 486,000 clocked cars on the road, which spurred the NFDA to initiate a campaign aimed at shutting down all mileage correction firms by 2018.

With so many new car finance deals available, the industry has witnessed record levels of new car purchases. However, many of these deals feature mileage limits, which often forces customers to consider clocking as a way of avoiding paying fines when they hand the keys over at the end of their contract.

As a result of an investigation launched by The Sun in March, Business Minister Anna Soubry promised a change in regulations to close the loophole. Managing director of Trusted Dealers, Neil Addley, welcomed the news.

"Odometer fraud not only has severe financial repercussions for unsuspecting buyers, but there is also a significant safety issue when driving a clocked car as drivers are unaware of when to get their car serviced and undertake important safety checks."

Addley concluded that he is eager to see the Government taking steps to ensure consumers are safeguarded from buying potentially dangerous vehicles, and is looking forward to witnessing the implementation of more stringent laws tackling mileage-correction firms in the UK.