The government is to invest £2 million in promoting the use of hydrogen-powered fleet vehicles. The scheme will discount the purchase price of new hydrogen-fuelled vehicles by up to 75%, including both the private and public sectors. 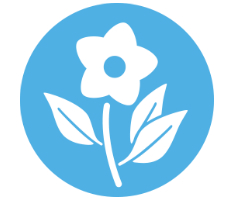 It is expected that the funding could increase the number of hydrogen fuel cell cars and vans on the roads by 100 within a year, tripling the number of the vehicles currently in use. The fund has been launched by the Office for Low Emission Vehicles (OLEV).

The move comes after a 2014 commitment by the government to spend £5 million creating 12 hydrogen refuelling stations as part of the Hydrogen for Transport Advancement programme. Two of these stations are now open; a further ten are expected to open by the end of 2016.

The funding for new hydrogen fleet vehicles will cover up to 75% of purchase price, as well as the cost of running them for up to three years. There will be additional support for leasing and renting of vehicles, insurance, hydrogen fuel and servicing.

Transport Minister Andrew Jones said: "We are always looking at new ways to make the vehicles of the future cleaner, and hydrogen fuel cells are an important part of our vision for almost all cars and vans to be zero-emission by 2050. This funding, along with the growing network of hydrogen refuelling stations opening in England, will help businesses and the public sector to get on board with this exciting technology."