An increase in vehicle sales through personal contract purchases (PCPs) may be making values of high-selling models depreciate faster than usual.

According to Autocar, the used car market is being saturated by nearly-new cars of the same few models, almost all of which were purchased using PCP deals. Top sellers such as the Ford Fiesta and Vauxhall Corsa have been selling at record numbers in the last few months, supported by a surge in PCPs.

Figures from the Finance Leasing Association (FLA) show that consumer-used car purchases increased by 34% between February 2015 and February 2016, representing around £4.9bn in sales. 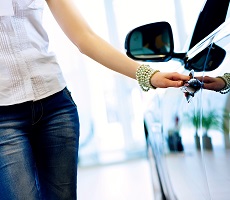 While this boom may spell profits for some sections of the UK motor trade, it also increases the number of owners wanting to trade in their cars, which leads to a drop in value. Sellers may be offered much less than the recommended resale figure.

As a result, sellers of nearly-new cars are being offered less than expected, while some are forced to keep their existing car rather than trade in for an upgrade.

Worryingly for used car dealers, the trend also means that sales are made with increasingly small profit margins, or even with no profit to the dealer.

A spokesperson from Ford dismissed concerns about the impact of PCPs, claiming any issue was local rather than national. Ford said in some areas, such as Liverpool, dealers may have to sell used Ford Fiestas to other dealers rather than sell them locally.

Geraldine Kilkelly said: "The increase in popularity of personal contract purchase in part reflects changing consumer attitudes towards car ownership. With consumer confidence remaining robust, we expect new business volumes in the car finance market to continue to grow in 2016."