The RAC has reported a 24% year-on-year increase in the number of pothole-related breakdown callouts it received during 2015.

The motoring body, which attended over 25,000 incidents linked to poor road surfaces last year, said the increase in callouts suggests the pothole problem is worsening. This is despite the fact that an additional £240 million in road-repair funding was allocated by Chancellor George Osborne during his Autumn Statement.

Figures released to coincide with National Pothole Day (15 January) showed that the RAC attended 5,010 more incidents relating to damaged suspension, distorted or damaged wheels or broken shock absorbers during 2015 than it did the previous year.
More specifically, damage to suspension springs showed the greatest increase, rising by 42% from 13,101 in 2014 to 18,417 last year.
Across the country, East Anglia recorded the greatest number of pothole-related callouts, at 4,547, while the South East recorded the largest increase, at 62%. 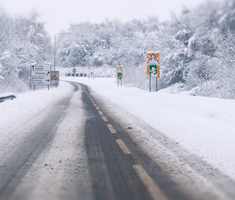 RAC chief engineer David Bizley commented that it is worrying to see such an increase in callouts when, overall, we have experienced a relatively mild winter.

"We shall only win the [pothole repair] battle once sufficient preventative road surface maintenance is undertaken to prevent potholes appearing when the first bad weather arrives," he said.

Another report by the RAC found that the state of local roads in Britain is rated as the top concern among drivers. One in ten (10%) said that road conditions were their main worry when getting behind the wheel, and a further 20% put it in their top four.

Drivers have been urged to report potentially dangerous potholes via websites such as StreetRepairs.co.uk or through the RAC Report Pothole app.