As expected, the year has started very strongly and the lack of units has helped in the first week. Next week will be interesting as we see some very large entries and if the buying frenzy continues and stock levels plummet, prices will rise even more as the demand will well outweigh the supply. 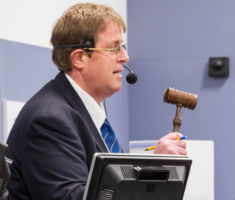 Buyers are out there and looking to give top dollar for the right product but there are signs that some of the large supermarkets still have plenty of stock. They reported that business has been extremely brisk between Christmas and New Year and this has continued into January.

Prices are up and we are seeing many vehicles, first offered during the pre-festive period, are making £500 plus than previous. However, some vendors are still seeking the golden egg and despite selling the majority of their stock they are holding out for every last penny but the way the job is they will probably be right!

Despite the fact we have not seen a cold snap as yet, we have seen a rise in the prices and demand of 4 x 4 vehicles as buyers look to stock up in preparation for some adverse weather, rather than waiting until it actually arrives and being forced to pay excessive prices.

This week sees an exciting new chapter with the launch of the first sale at our Commercial Centre of Excellence in Shepshed and I am sure all the hard work that has been put into the new sales programme will be a terrific success.