The Government has put forward a proposal to launch a 'major crackdown' on interruptions caused by roadworks on Britain's 'A' roads. 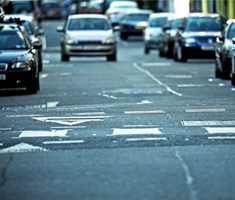 As part of the crackdown, seven-day working weeks will be encouraged in order to complete works as fast as possible, the GOV.UK website reports.

Councils and utility firms could face fines of up to £5,000 per day for unmanned roadworks, while further charges are being considered for temporary traffic lights that are left in place after work has been completed.

There is already a £5,000 per-day penalty in place for any roadworks that overrun.

Secretary of State for Transport Patrick McLoughin said: "Roadworks can be essential, but that doesn't mean they should be in place any longer than is absolutely necessary." He added that the proposed measures will be a welcome relief to those trying to get from A to B on our local roads.
If the proposal is implemented, the hope is that local roads will become less congested, meaning motorists will benefit from quicker and more reliable journeys.

Local councils will still have a duty to undertake essential works, including re-surfacing and repairing potholes. Likewise, utility firms will still be required to dig up roads in order to attend to water, electricity, gas or broadband connection issues.

According to the Government, the proposed initiative will work alongside its £15bn road investment strategy, which is "transforming England's road network, helping create jobs, boost economic growth, and fixing longstanding problems that inconvenience drivers."