The automotive technology solutions firm polled 97 used car dealers for its survey, all of whom are users of its services. Just over half (52%) said Facebook is the platform they use most for business purposes, followed by LinkedIn (29%) and Twitter (19%).

Commercial director at epyx, David Goodyear, commented that the majority of survey respondents stated they use a combination of social platforms, though Facebook was the clear favourite. "Its ability to build long-term relationships with large numbers of buyers and sellers is the key," he said. 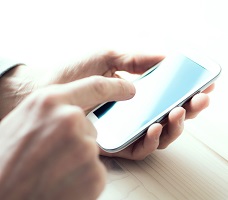 Goodyear added that LinkedIn coming second on the list was quite a surprise; many people view the platform namely as a business contact tool yet it is clearly also being used for trading.

There's no denying the fact that consumers are becoming increasingly tech-savvy. As the latest Market Report from Auto Trader explains, consumers "expect to access information anywhere, at any time and on any device, and this includes researching and buying a car." This shift has forced traders to operate as 'digital retailers,' utilising tools such as social media as a way to engage with digitally-focused consumers.

Channels such as Facebook and LinkedIn provide an opportunity for dealers not only to promote their products and services, but to build brand awareness, engage with prospects, and to establish their unique culture in order to differentiate themselves from competitors.